In the 1993 film “Benny & Joon“, the illiterate, beguiling Sam, played by a young Johnny Depp, cooks a stack of grilled cheese sandwiches using a clothes iron. An appalling culinary technique, yes, but arguably a big moment for this down-home sandwich: anything Johnny Depp touches, after all, has to be important.

And important it is: Some three-quarters of people who buy sliced cheese make at least one grilled cheese a month. While similar recipes are mentioned in Ancient Roman texts — and, let’s face it, the French have been making their famous croque monsieurs since the early 1900s — today’s notion of the grilled cheese is commonly traced back to the 1920s, when Otto Frederick Rohwedder, considered “the father of sliced bread,” invented a bread slicer that made distributing white bread easy and affordable.

Shortly before that, processed cheese had been patented by James L. Kraft, an entrepreneur whose revolutionary pasteurizing process ensured that cheese wouldn’t spoil, even when transported long distances. By 1914, J.L. Kraft & Bros. Company (the precursor to Kraft Foods) opened its first plant in Illinois; five years later, the company had already expanded into Canada. Of course, this “factory cheese” — disparagingly termed “rattrap cheese” or “rat cheese” by the English who were fiercely proud of their cheddars — was not considered a delicacy. It was, simply, a cheap and scalable product.

From there on out, both sliced bread and processed cheese went full steam ahead. During World War II, Navy cooks prepared countless “American cheese filling sandwiches” — as instructed by government-issued cookbooks — in ships’ kitchens. In the 1940s and ’50s, these were usually served open-faced and consisted of one slice of bread topped with grated cheese. In 1949, Kraft Foods introduced Kraft Singles — individually wrapped slices of processed cheese — and supermarkets began stocking them in 1965. Also around that time, the second, perhaps most important, piece of bread was added on top, likely as a way to make the sandwich more filling, and the modern notion of a grilled cheese sandwich was born. 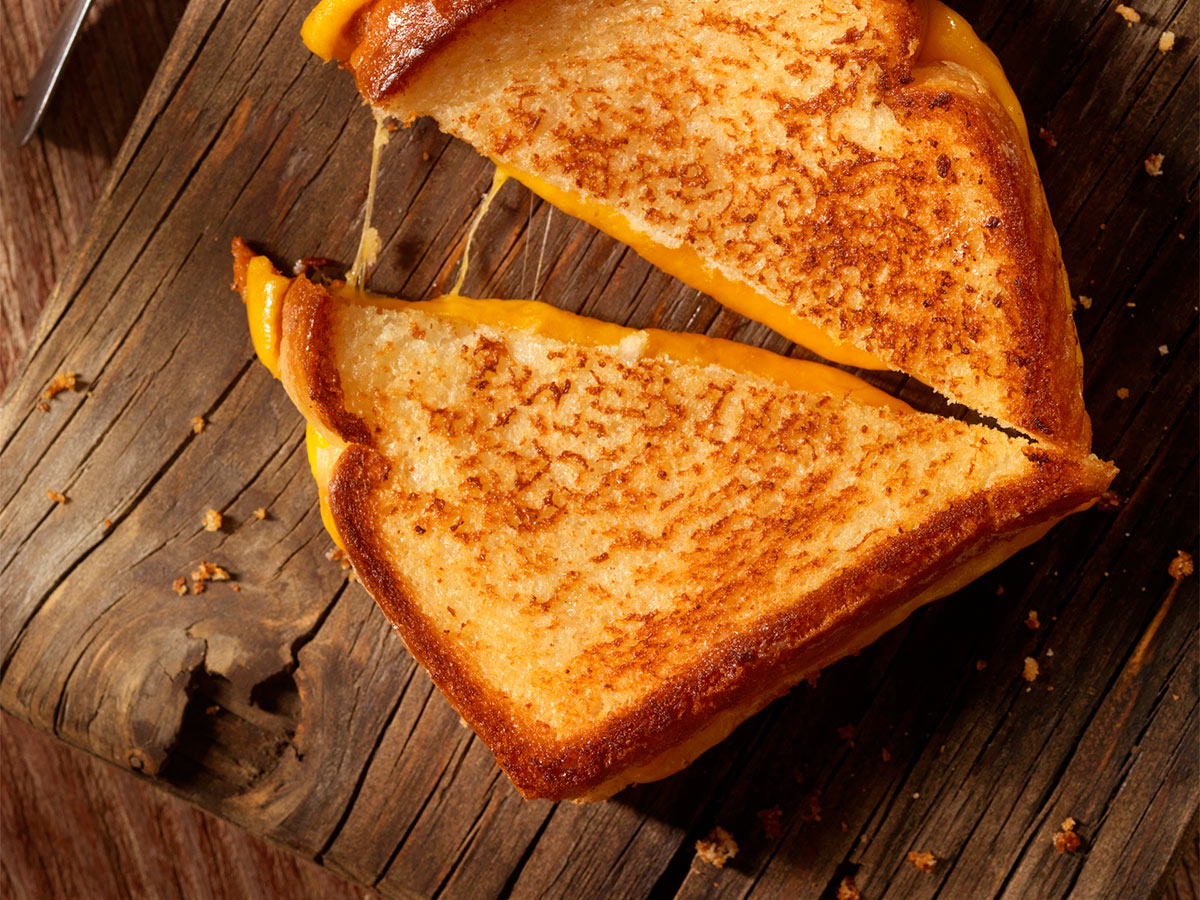 It’s also worth noting that the actual term “grilled cheese” doesn’t make an appearance in print until the 1960s; before that it was always “toasted cheese” or “melted cheese” sandwiches. Which speaks to a larger point: How you actually cook this sandwich doesn’t really matter, and historically the methods have been all over the map. As early as 1902, a recipe for a “Melted Cheese,” designed to be cooked in a hot oven, appeared in Sarah Tyson Rorer’s “Mrs. Rorer’s New Cook Book”; a recipe published in 1929 in Florence A. Cowles’ “Seven Hundred Sandwiches” called to broil the ingredients to make “Toasted Cheese.” “Toasted Sandwich” published in 1939 in “The Boston Cooking School Cook Book”, encouraged preparers to broil the ingredients or even — gasp! — sautee them in a frying pan coated with butter. And in “The Joy of Cooking” (1953), Irma S. Rombauer wrote that bread and cheese should be heated in a commercial waffle iron — an easy meal for even “the maidless host” to prepare. 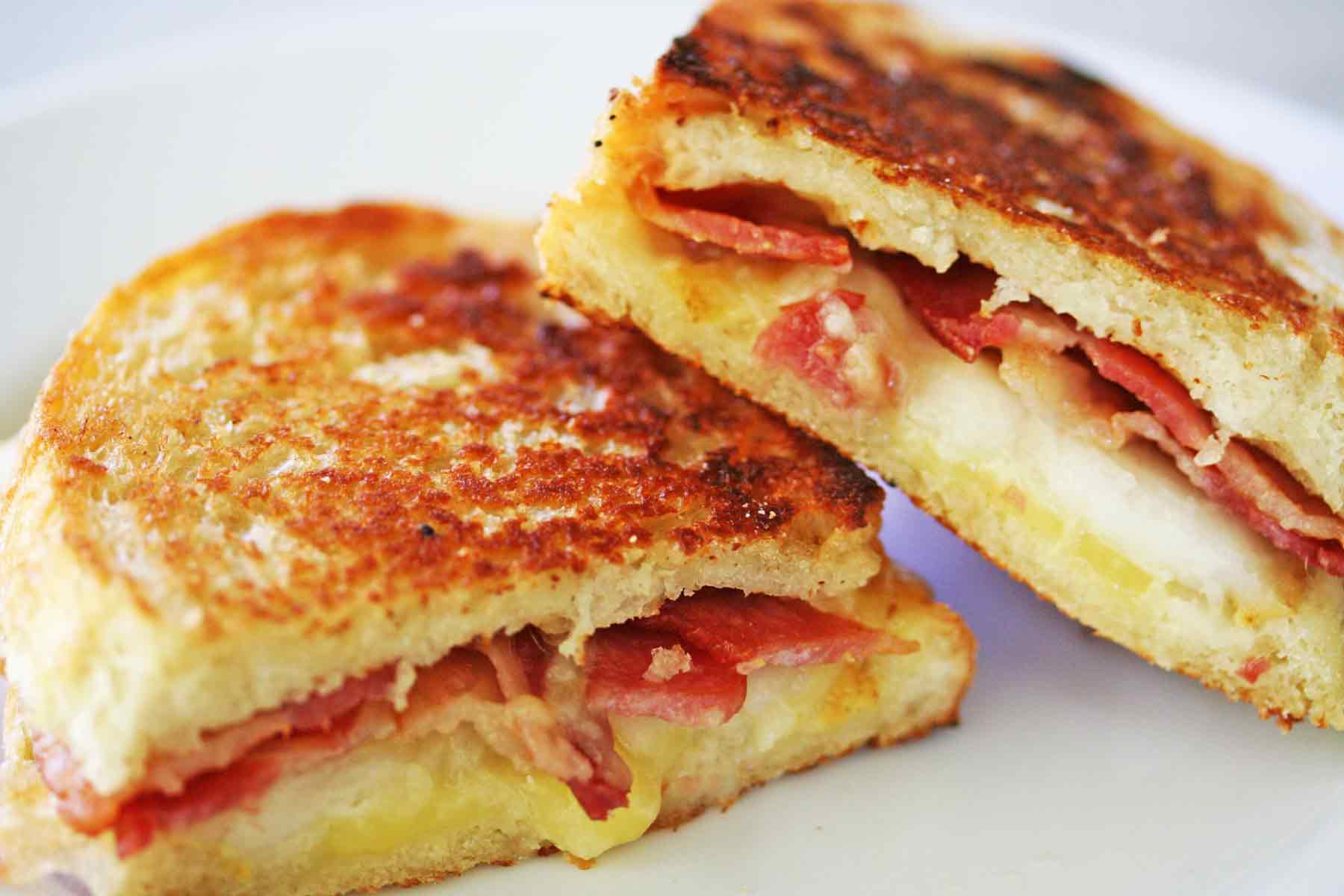 Fast forward to present day. Strange things have happened with the grilled cheese sandwich. In 2004, the online casino GoldenPalace.com paid $28,000 for a half-eaten grilled cheese with the likeness of the Virgin Mary depicted in the “burn” pattern. The sandwich had been sold to the casino by a Florida woman who had kept the sandwich intact for a decade — no joke — before trying her (ultimately successful) luck on eBay. Two years later, American competitive eater Joey Chestnut won the World Green Chile Grilled Cheese Eating Champion by devouring a whopping 34.5 grilled cheeses in one sitting.

In 2007, Kraft Foods budgeted a record $1.4 billion to its marketing efforts, a large portion of which was slated to “get grilled cheese back onto the list of quick menu options” and revitalize Kraft Singles. A contest held on MySpace asked users to create and upload home videos celebrating grilled cheese for a chance to win $50,000. The goal? “Get people to make just one more grilled cheese sandwich a year,” said the Kraft global executive creative director at the time.

Kraft continued its tear the following year by asking fans to write about their favorite grilled cheese memory for a chance to win a free pack of Kraft Singles. And in 2009, Los Angeles hosted the world’s first grilled cheese cooking competition: Thousands of people competed at and attended the National Grilled Cheese Invitational, which ended in 2014. 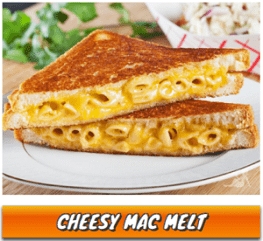 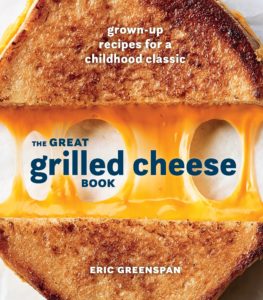 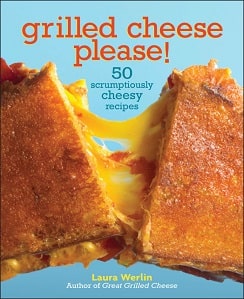